From On Body to Out of Body User Experience

Abstract
Today’s most common user interfaces represent an incremental change from the GUI popularized by the Apple Macintosh in 1984. Over the last 30 years the dominant hardware has changed drastically while the user interface has barely moved: from one hand on a mouse to two fingers on a panel of glass. I will illustrate how we are building on-body interfaces of the future that further engage our bodies by using muscle sensing for input and vibrotactile output, offering discrete and natural interaction on the go. I will also show how other interfaces we are designing take an even more radical approach, moving the interface off the human body altogether and onto drones that project into the space around them. Finally, I will introduce a new project where we envision buildings as hybrid physical-digital spaces that both sense and actuate to improve human wellbeing.

Bio
James Landay is a Professor of Computer Science and the Anand Rajaraman and Venky Harinarayan, Professor in the School of Engineering at Stanford University. He specializes in human-computer interaction. He is the founder and co-director of the World Lab, a joint research and educational effort with Tsinghua University in Beijing. Previously, Landay was a Professor of Information Science at Cornell Tech in New York City, a Professor of Computer Science &amp; Engineering at the University of Washington, and a Professor in EECS at UC Berkeley. From 2003 through 2006 he was the Laboratory Director of Intel Labs Seattle, a university affiliated research lab that explored the new usage models, applications, and technology for ubiquitous computing. He was also the chief scientist and co-founder of NetRaker, which was acquired by KeyNote Systems in 2004. Landay received his BS in EECS from UC Berkeley in 1990, and MS and PhD in Computer Science from Carnegie Mellon University in 1993 and 1996, respectively. He is a member of the ACM SIGCHI Academy and he is an ACM Fellow. 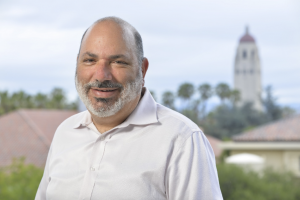