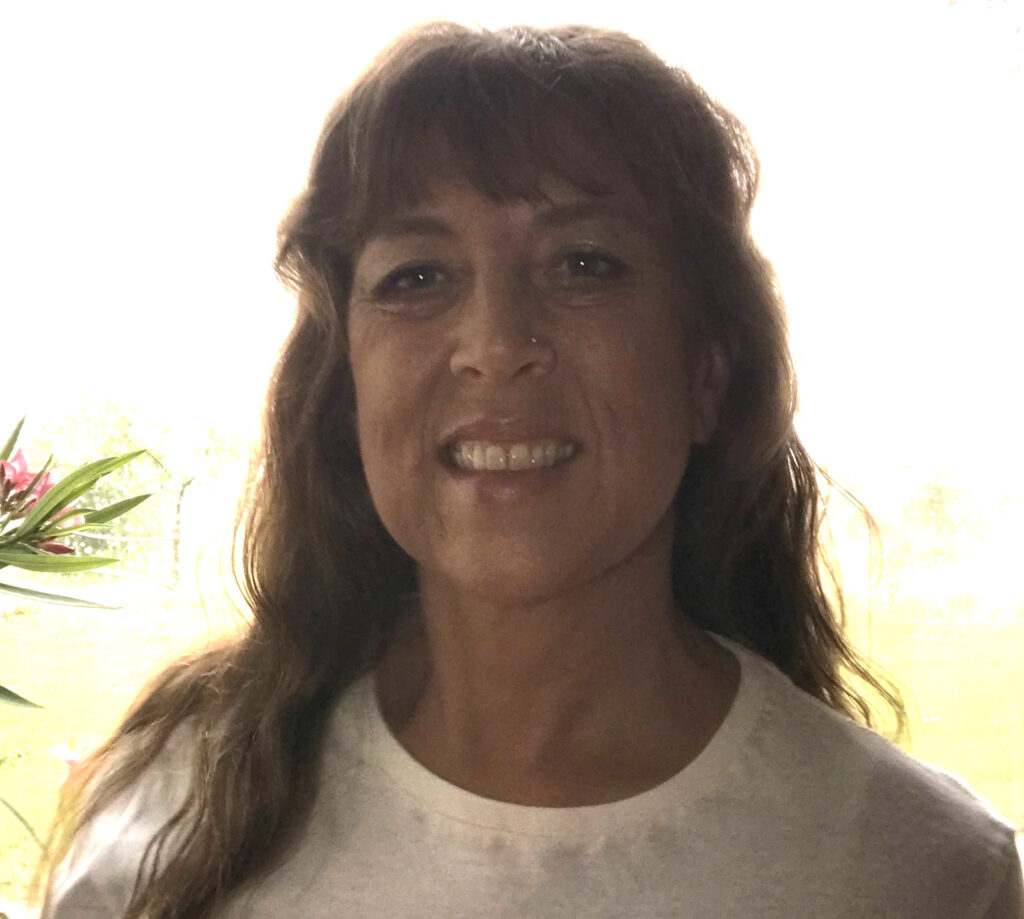 It is our pleasure to have Nicola Bidwell as Opening Keynote Speaker of MobileHCI 2020!

Nic Bidwell is known for her contributions in the periphery of Silicon Valley’s view of technology design. From the early 2000s, she was sensitized about the vital importance of diverse communication and knowledge practices, to HCI, by Aboriginal people in far north Australia. Since then, she has researched, mentored and/or taught in Namibia, South Africa, Mozambique, Kenya, Uganda, Indonesia, Argentina, Mexico, India and Ireland.

With her rural community collaborators, Nic received an international award for the contribution of their research to social and economic development. Living locally for over three years, her work set the stage for South Africa’s first village-owned not-for-profit Internet Service Provider. She has drawn on these experiences in mentoring community-networks in Namibia and studying the social and gender impacts of community networks elsewhere in the global south. Her insights have informed national and international policy discussions, such as at the Internet Governance Forums, United Nations Refugee Agency and World Wide Web Foundation. Bringing local decolonial perspectives into HCI’s frame is, for Nic,  active as much as it is theoretical. She initiated the first panel on Indigenous Led Digital Enterprise at a leading HCI forum, when she chaired OzCHI in Cairns in 2008, co-founded the African Human-Computer Interaction Conference (AfriCHI), when it was inaugurated in Nairobi, and has coached over 40 African researchers in between.

Nic’s commitments to locally co-generated research and innovation methods entwines with a lived appreciation of the politics of symbols and languages in technology design. Her ongoing work on offline community networks with Ju|’hoansi (San) people in the Kalahari desert, for instance, inspired a study on probabilistic AI systems driven by local predictive logics. Unlike most AI research, this study, with researchers from the Kahalari and Cambridge, attends to translations between onto-epistemological traditions. As well as collaborating on research about conditional programming and Blockchain for charitable donations, and on peer-to-peer technologies for community radio, Nic maintains relationships with indigenous research in Australia and elsewhere. She is one of two informatics researchers rated “internationally acclaimed” by South Africa’s National Research Foundation, has authored over 130 publications, edited several volumes, including a book on indigenous knowledge and technology, and serves on the editorial board of the Journal of AI & Society. She is currently a researcher at the University of Cork and an adjunct Professor at the International University of Management, Namibia.

Referring to distinct examples from my research with people around the world we will consider time, awareness, and technology design. We begin by considering community networks (CNs), or telecommunications networks that local groups set up and run themselves, often to “connect the unconnected”. My collaborations suggest that people make their CNs last by adapting to local social and ecological relations as they go along, and also that temporal differentiation effects inclusion in CNs. Next, we consider temporality in collaborating with an indigenous group to design probabilistic programming languages suited to their predictive logics. We learn that time cannot be abstracted out from reasoning about social, ecological, meteorological, metaphysical, and other phenomena. Finally, we consider timing and awareness of social and natural phenomena in another collaboration. We trialed a platform that enabled people to set conditions for financial transactions using real-world data. Automation enforced whentransactions were made, which prompted senses of involvement in situations far away. Thus, we conclude by encouraging a sensitivity to multiple temporalities in technology design.

Dietrich Manstetten is a director and chief expert for Human-Machine Interaction at Bosch Corporate Research in Renningen, Germany. He received his master’s degree in mathematics and Ph.D. in computer science, both from RWTH Aachen University. He started his professional career with the computer manufacturer Bull, before joining Bosch in 1989. At Bosch, Dietrich conducted research and advance development wrt topics as system safety, traffic simulation, driver assistance, driver-vehicle interaction or human-computer interaction, and led several public-funded research projects in the field. He was and is a driving force dedicated to the anchoring of user-centered development within Bosch. Outside of the company, Dietrich leads the working group “Human as a vehicle driver” in the Research Association for Automotive Technology (FAT), an organization under the umbrella of the German VDA. In 2018, he received the ADAS award of the Uni-DAS consortium, recognizing his influence on the development and introduction of driver assistance systems. Furthermore, he is an honorary professor at the Universität der Bundeswehr München. 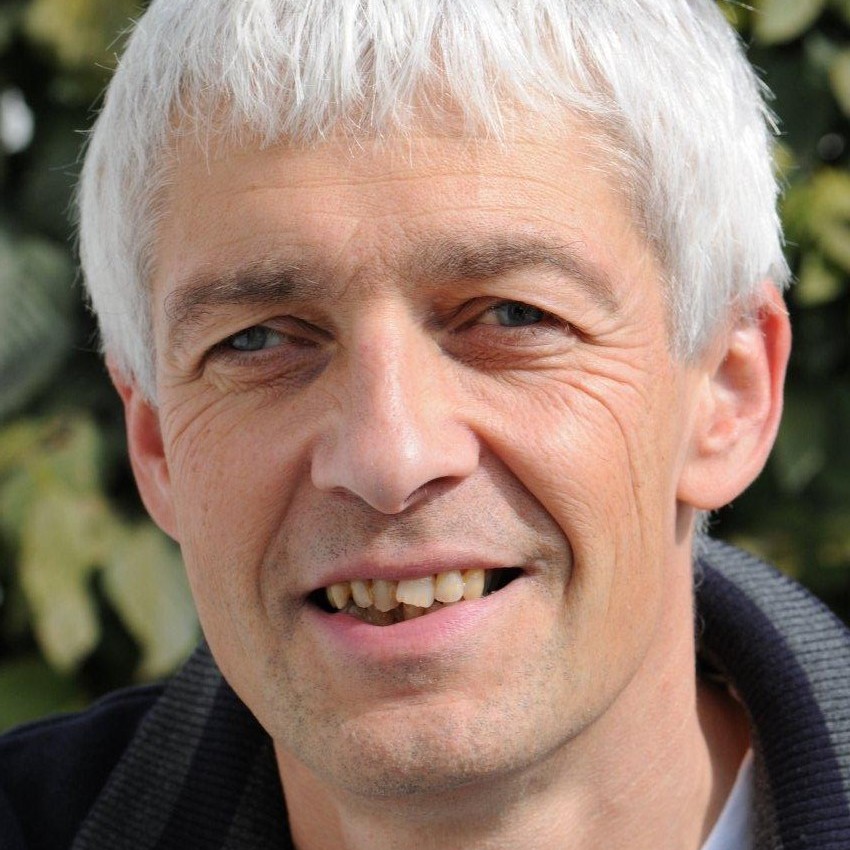 The Evolution of Driver Monitoring Systems: A Shortened Story on Past, Current and Future Approaches How Cars Acquire Knowledge About the Driver’s State​

We will start the presentation with a brief overview on tasks and achievements of human-centered research at Bosch. We will touch on some examples out of HCI research, e.g. tactile interaction concepts, stress recognition out of wearable sensors, text analytics for requirements engineering or Wizard-of-Oz experiments in Automated Driving. We will then take a closer look on the more specific topic of driver monitoring systems in vehicles, and retrace their development by changes in the requirements and resulting changes in information sources. First drowsiness detection systems assessed the degree of drowsiness based on a performance dimension by analyzing the driver’s steering behavior. With partial and conditional vehicle automation on the horizon, these input signals will no longer be available. Nevertheless, knowledge about the driver’s state, e.g. the attentional level or the take-over readiness, becomes even more important. Currently and in the near future, interior vehicle cameras are a major source of driver status information. Furthermore, various built-in sensors are under development to complement in-vehicle cameras and possibly vehicle operation. For specific tasks, wearable sensors connected via smartphone can play a prominent role as well. We are describing this evolution of the sensor approach supplemented by related research findings from Bosch Corporate Research and integrate it in the technical, business, and regulatory context. Thus, the industry perspective should stimulate the further discussion between academia and industry and initiate future research in the field.